An Intimate Evening With JOHNNY REID 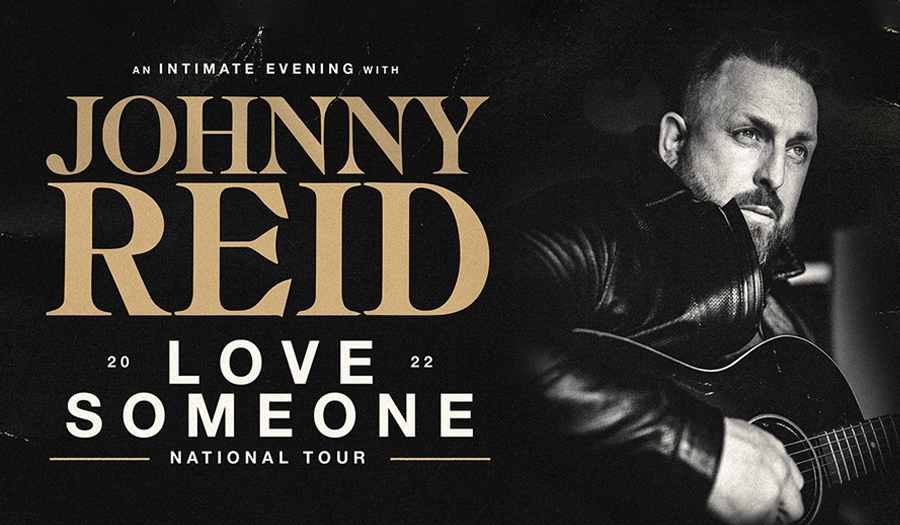 Since arriving on the music scene two decades ago, critically acclaimed singer songwriter, Johnny Reid has captured the hearts of fans and audiences around the world. Born and raised in Lanark, Scotland, the blue collared soul singer is widely known for his lyrical honesty and musical ability, as demonstrated by album sales totaling over 1 million units, countless awards and multiple sold out national arena tours.

Already a chart-topping, multi-platinum selling artist in Canada, Reid’s songwriting resonates with audiences across the globe. Widely known for his energetic stage performances and talent for finding the grandeur in the highs and lows of everyday life; he’s an extraordinary talent, unique in his field, making him one of the most loved and celebrated artists of his time.

“From a young age, I listened to all kinds of music,” Reid says. “My mother was a big fan of Stax and Detroit soul. My father was a big fan of all music as long as it told a story. I have taken the instrumentation, performance, and energy of soul and annexed that with storytelling of things that really matter in this world: family, love, and friendship.”

Having released seven best-selling albums and 2 multi-platinum certified DVDs, Reid’s massive success has caught the attention of famed artists such as Joe Cocker, for whom he penned the platinum-selling single “Fire It Up” and famed producer Bob Ezrin (Lou Reed, Kiss, Pink Floyd, Peter Gabriel), whom he shares a recording partnership with.

His recordings are filled with classic rock riffs laced with blue-collar roots and a voice that brims with force and honesty. He’s an undeniable fan favourite, writing songs that chronicle the working class hero and have a blue-collar everyman feel, filled with fervent honesty and just the right mix of both personal and universal storytelling.

Connecting with audiences of all ages, Reid thrives as a performer and songwriter sharing his stories and songs around the world with incalculable influence. He’s a modern day working class hero with long standing collective appeal – one that captures the hearts of many one song at a time.