BOURNE TO BE OZZ: the Canadian Ozzy & Black Sabbath Experience 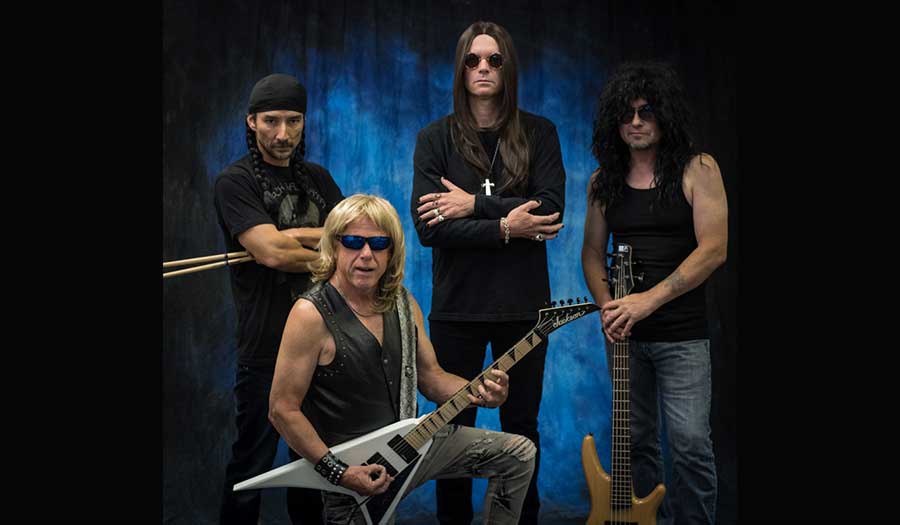 “As close as you’re gonna get to the real thing”

The Godfather of Heavy Metal, Ozzy Osbourne has been rockin’ the world since the formation of Black Sabbath back in 1968. With worldwide record sales topping 100 million, Ozzy – as a solo artist & a founding member of Black Sabbath – has dominated the genre of heavy metal for 5 decades. With heavy guitar riffs and signature vocals, Ozzy’s music continues to be as popular as ever today.

Fans of Ozzy will be in awe at the authenticity of Bourne to be Ozz’s high energy performance.

Comprised of talented and seasoned musicians, the five came together to create a tribute of the highest caliber. Complete with the “War Pigs” air raid sirens, and the rippin’ lead guitar solos synonymous of Randy Rhoads, Jake E. Lee, & Zakk Wylde, Bourne to be Ozz creates a show of unrivalled attention to detail.

The hard rockin’ tribute features hits including Bark at the Moon, Children of the Grave, Mr. Crowley, Crazy Train, and War Pigs, to name a few.

Don’t miss out on the chance to see your favourite Ozzy & Sabbath hits performed live; a MUST for real fans!

Bourne to be Ozz rocking the Evergreen Theatre, 2017.

Bourne to be Ozz rocking the Evergreen Theatre in Powell River last summer! A short 8-Track home recording was done to accompany the video.Many thanks to the very talented ONE5 Films - shot the video with one arm in a cast!

Posted by Bourne to be Ozz: The Canadian Ozzy & Black Sabbath Experience on Thursday, February 22, 2018