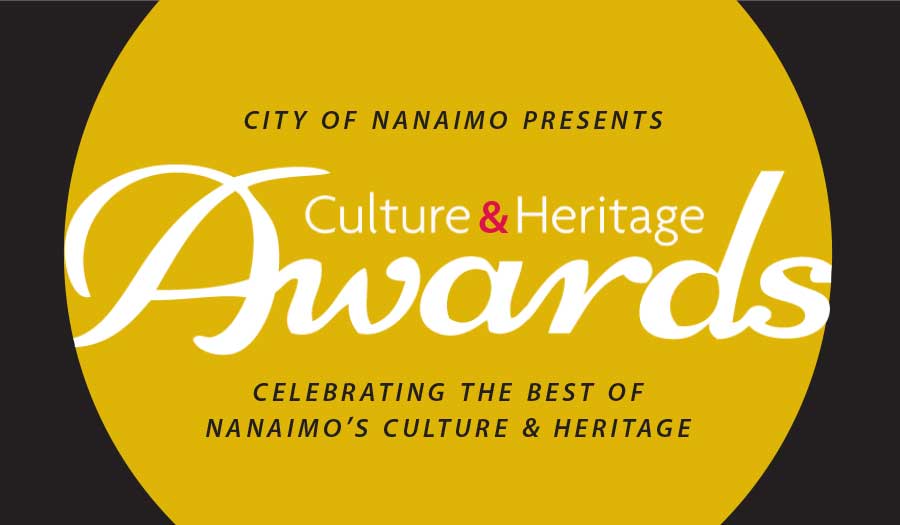 This event is postponed – new date to be determined

The City of Nanaimo and the Port Theatre Society proudly present the 2020 Culture & Heritage Awards Ceremony on Thursday April 16th, 2020.   Please join us to celebrate the best of Nanaimo’s culture and heritage sector while enjoying an evening of FREE entertainment by Nanaimo’s very own local talent.

The Culture & Heritage Awards have been an important program for community building and partnerships since 1998. They bring awareness to the breadth and variety of the cultural activity in our Nanaimo, celebrating the cultural accomplishments of individuals and organizations in our community. The awards also encourage and give inspiration to aspiring young artists and future cultural leaders of our community.

Please join us in the lobby following the show to congratulate the 2020 Culture and Heritage recipients.  There will be a no-host bar and music presented by the Wellington High School Jazz program.

Please join us to celebrate this year’s award recipients in a fun-filled evening full of energetic entertainment!

The Excellence in Culture Award recognizes organizations and individuals that have achieved regional and/or national recognition in the field of arts, is recognized as a “Nanaimo Artist,” has demonstrated excellence in their field, and is a significant inspiration to others. Past recipients include David Gogo (2010), Steve Jones (2011), Jillian Vanstone (2012), Vancouver Island Symphony (2013), Pat Coleman (2014), Grant Leier & Nixie Barton (2015), Susan Juby (2016), Jacqui Kaese (2017), and Rick Scott (2018).

The Emerging Cultural Leader Award recognizes up-and-coming, Nanaimo-based cultural leaders who have contributed significantly to the cultural life in Nanaimo. Recipients must be recognized by their peers and community as a whole, have given distinguished service in arts and culture and/or have been recognized for excellence in an arts or cultural field. Past recipients include Shayd Johnson (2014), Amanda Scott (2015), Alyssa Glassford (2016), and Nico Rhodes (2019).

The Honour in Heritage Award recognizes individuals, groups and corporations who demonstrate outstanding support, advocacy, promotion or interpretation of Nanaimo’s heritage and history. Past recipients of this award include Jan Peterson (2018), and Nanaimo Historical Society (2019).

TICKETS ARE FREE BUT MUST BE RESERVED!