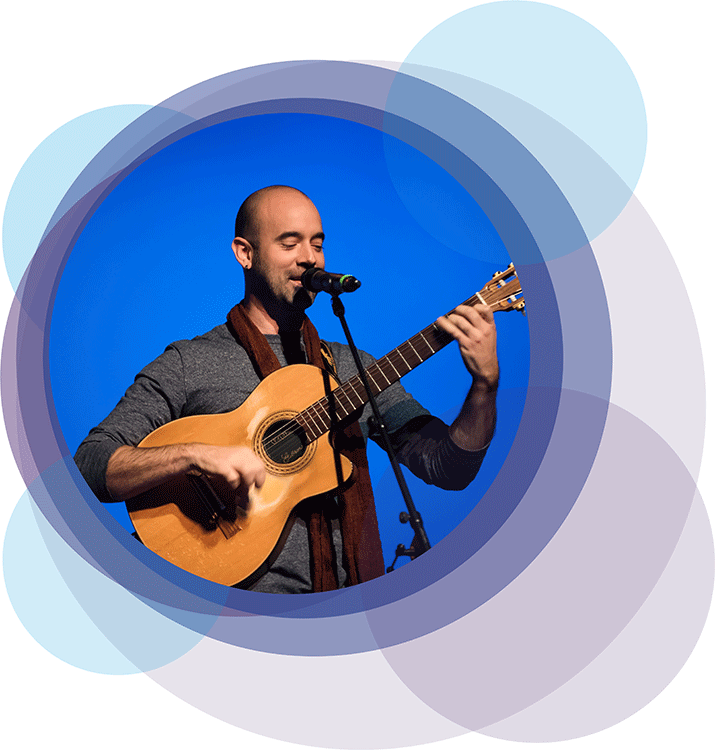 Award-Winning Flamenco Guitarist Eric Harper creates not only a unique sound all his own but his music is melodically entrancing, virtuosically ferocious and harmonically soul-stirring to the core. At his show, expect to see floor-stomping, guitarscraping, rhythm-beating madness combined with a powerful, honey-dipped voice that will leave you touched, moved and inspired. Eric Harper is an exotic fusion of Rock and Flamenco. Think Dave Matthews meets the Gypsy Kings.

Not only can his hands move like lightning like the Gypsy Kings but his voice is smooth, velvety and invokes a strength that moves even the biggest music skeptic. Eric has four CDs that reflect his many styles: The Best of Eric Harper, A Very Timely Christmas, Romper a Madrugada and Ribeira. Eric is the winner of multiple awards including: The Yamaha Young Performing Artists Award, Guitar Mania Contest 2014, and a finalist in the Morton Gould Composer Award and the Lennon Songwriting Competition.

Exotic fusion of Rock and Flamenco!

$12 Livestream Ticket
Enjoy safely from the comfort of your home! Only one ticket needed per household.

Due to the provincial health order, the Port Theatre is currently closed to the public. We look forward to welcoming you back to the theatre. In the meantime, we hope enjoy our livestream concerts.

Thank you to our Spotlight Season sponsor: Island Savings, a division of First West Credit Union

Thanks to our performance sponsor: