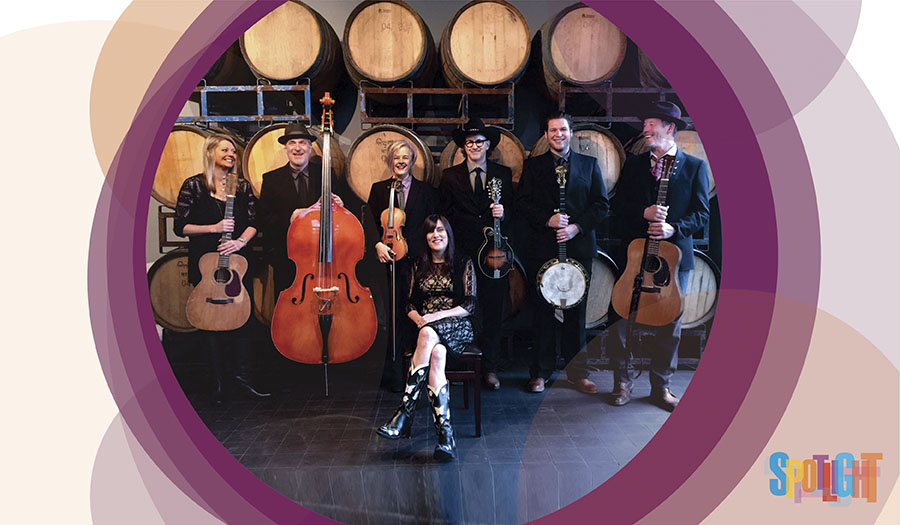 Since the band was formed in the summer of 2010, the High Bar Gang has been bringing its unique take on old time bluegrass to the people of Western Canada.

Vocal harmony is key to the band’s sound, and the blend of Shari Ulrich, Wendy Bird and Kirby Barber along with guitarist Barney Bentall and banjo player Dave Barber is simply stunning. Supported by Rob Becker on bass, and Colin Nairne on guitar and mandolin, the band’s repertoire stays firmly rooted in the golden age of bluegrass music with songs by the likes of Bill Monroe, The Stanley Brothers and Del McCoury.

Highlights for the High Bar Gang include opening for Canadian music icons Blue Rodeo at Vancouver’s Malkin Bowl, and the many sold out shows they have played throughout Western Canada, including the prestigious Cedar Creek Winery Concert series and the Raven’s Cry Theatre in Sechelt. From the Brackendale Art Gallery and Victoria’s famous Butchart Gardens to Vancouver’s International Jazz Festival and San Francisco’s legendary Hardly Strictly Bluegrass Festival, the band has built a solid reputation for their wonderfully upbeat brand of bluegrass and stories.

In 2013 the band signed a record deal with True North Records resulting in the release of their debut recording “Lost and Undone: A Gospel Bluegrass Companion”. Along with extensive airplay in Europe as well as North America, the album garnered several award nominations in 2014 including a Juno Award nomination in the ‘Contemporary Christian/Gospel’ category as well as a Western Canadian Music Award nod in the ‘Spiritual’ category. The High Bar Gang went on to be nominated for three Canadian Folk Music Awards and won for Best Vocal Group.

In early 2016 the band finished their sophomore recording ‘Someday the Heart will Trouble the Mind’ with engineer Dave Meszaros at Watershed Productions in Vancouver. Also released on True North Records the album was nominated for a Juno Award in the Traditional Roots Album of the Year. The band played several shows in 2016 including the Centennial Theatre in North Vancouver and a sold out return engagement at the Raven’s Cry Theatre.

The vocal blend of Shari Ulrich, Wendy Bird and Kirby Barber along with guitarist Barney Bentall is simply stunning!