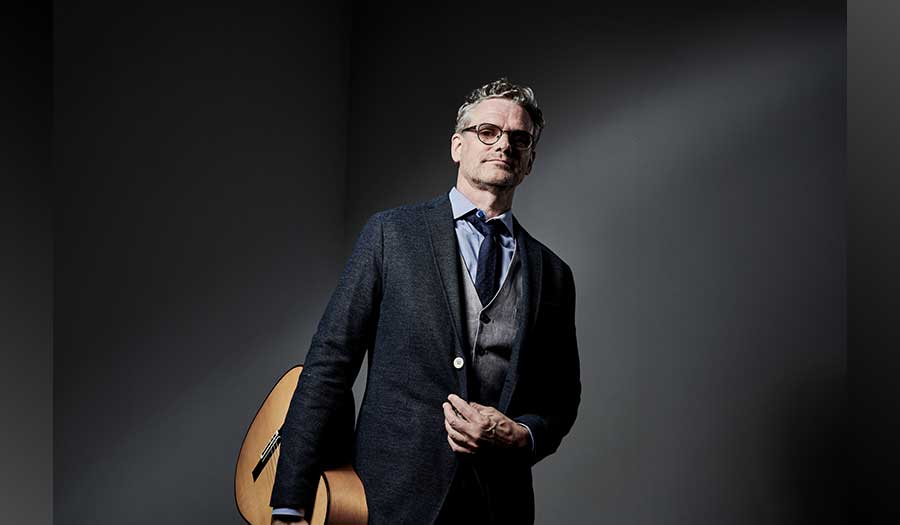 Since launching his career with 1995’s “Tempest”, JESSE COOK has blazed an incredible trail. With ten platinum and gold studio albums; five concert DVDs and live discs; five PBS specials; eleven Juno nominations with one Juno Award for Best Instrumental Album (“Free Fall”, 2001); one Gemini Award; three Canadian Smooth Jazz Awards; one Acoustic Guitar Magazine Player’s Choice Silver Award; a wall full of similar accolades; thousands of concerts in dozens of countries; millions of YouTube views and audio streams; countless fans around the globe; and a career that is celebrating its 25th year and counting. Not a bad legacy for a guy who never planned to release an album!

Cook self-produced “Tempest” at home using an eight-track recorder and one microphone. Then he delivered the initial run of 1,000 CDs from the plant to the distributor in his car. Those humble beginnings quickly sparked a mighty international career.

Jesse quips that his music “has had a way more interesting life” than he’s had. But lately, that international appeal — reflected in a compositional style that mixes flamenco with everything from classical and jazz to Zydeco, blues and Brazilian samba — has become something he takes more seriously. “I’ve just always made the music that I love. But in recent years, it has started to feel like there’s a political statement to be made. The music that makes up what I do comes from places some politicians rail against. There’s a lot of fear-mongering out there, with people trying to separate us. But if music can come from around the world and interconnect so beautifully to create this beautiful tapestry, maybe there’s something that music can teach us.”

As he embarks on the next 25 years of his unexpected career JESSE COOK declares, “I feel like I’m just getting started.” He is still learning and growing, still chasing dreams and goals. He’s eager to discover the next stage in his musical evolution. He’s eyeing a switch from albums to singles with videos. He wants to play Carnegie Hall. Mostly, he wants to keep travelling the globe, bringing people together with his art and message of unity.

Not a bad legacy at all.