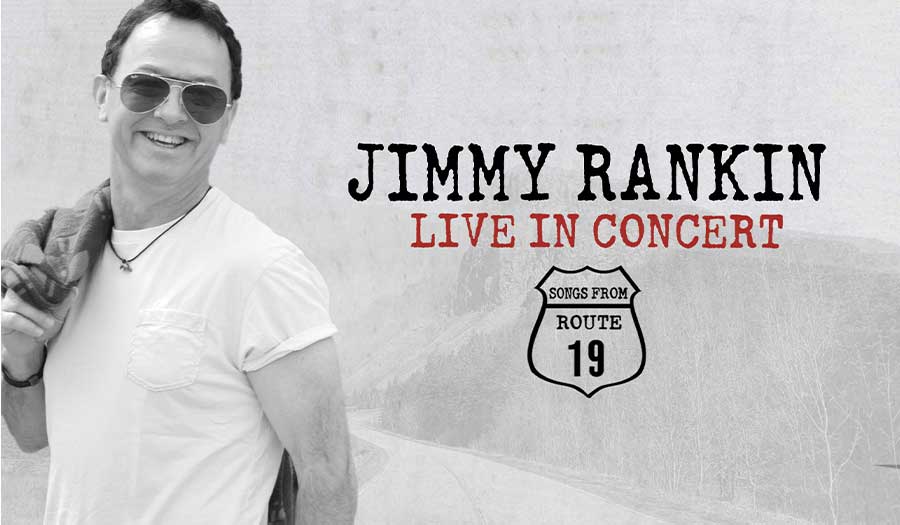 The Cape Breton Party is on the road.

The tour features the smash sounds of his new, Joel Plaskett-produced album, “Moving East” plus beloved Rankin Family and solo hits “North Country”, “You Feel The Same Way Too”, “Followed Her Around” and the song CBC listeners voted the #1 East Coast song of all time, the Juno Award-winning “Fare Thee Well Love”.

At a time when people are searching for authentic cultural voices, strong stories and well-crafted songs, JIMMY RANKIN is bringing his classic Cape Breton folk-rock songs on the road, with the SONGS FROM ROUTE 19 TOUR. “I’m putting the party back in the kitchen”, quips Jimmy.

With a career spanning more than twenty-five years, JIMMY RANKIN has been embraced as one of Canada’s most beloved singer-songwriters and hit makers, with platinum albums and pretty much every award the nation hands out, including 3-time Canadian Country Music Award winner, 15-time East Coast Music Award winner, Nova Scotia Music Award Winner (2011), SOCAN Songwriter of the Year for “Here in My Heart”, SOCAN Award Winner – Single of the Year for “Followed Her Around” (2002), Music Industry Artist of the Year/Songwriter of the Year and Canadian Radio Music Awards – Best New Solo Artist (Adult Contemporary).

You won’t want to miss this show. It may not be his last but why take the chance?