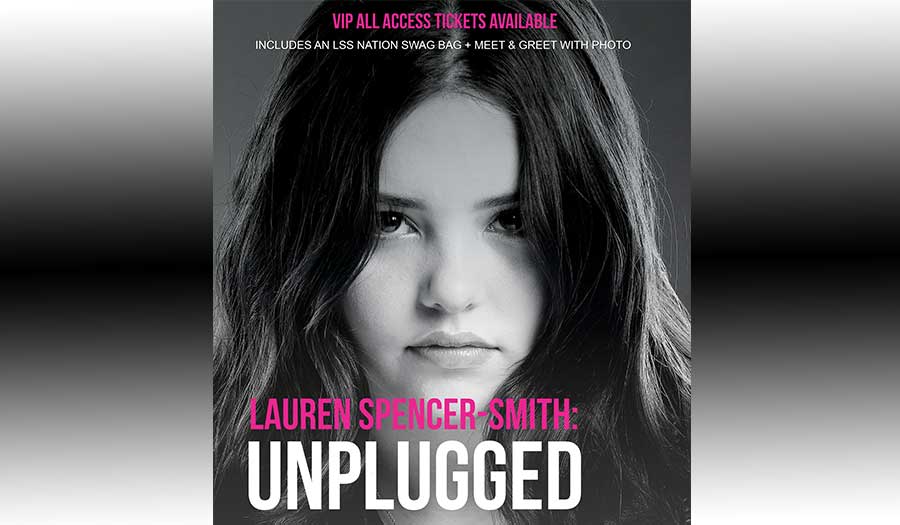 Fifteen year old Nanaimo singing sensation, Lauren Spencer-Smith will share her special voice this July in an “Unplugged” setting at the fabulous Port Theatre in Nanaimo. You may have seen Lauren when she performed a duet with mega star Keith Urban at Sunfest on the Island. Lauren sky-rocketed to fame when her Dad posted a video of her singing “Always Remember Us This Way” in his truck. Over 21 million views later Lauren hasn’t looked back.

She was contacted and invited by the talented Steve Harvey to appear on his TV show in Hollywood. She also released a studio version of the song “Always Remember Us This Way” that shot to the top 100 on the iTunes charts and has been streamed hundreds of thousands of times on Spotify.

Currently she is working with Producer Andrew Van Slee who had success producing an album for Michael Buble which hit #9 on the Billboard Charts. They are working together on original material and are headed to Los Angeles soon where they will be working with a Grammy and Academy Award-winning Producer, plus some of the top writers in the world. The concert is being produced by Songster Studios and will be streamed live on Facebook, Instagram and YouTube. Fans will have the opportunity to request songs.

This will be Lauren’s first professional concert where she is headlining so you will become part of history when you come see the show. There will be a select number of VIP tickets available where people will have a meet and greet, photo and an LSS Swag Bag.