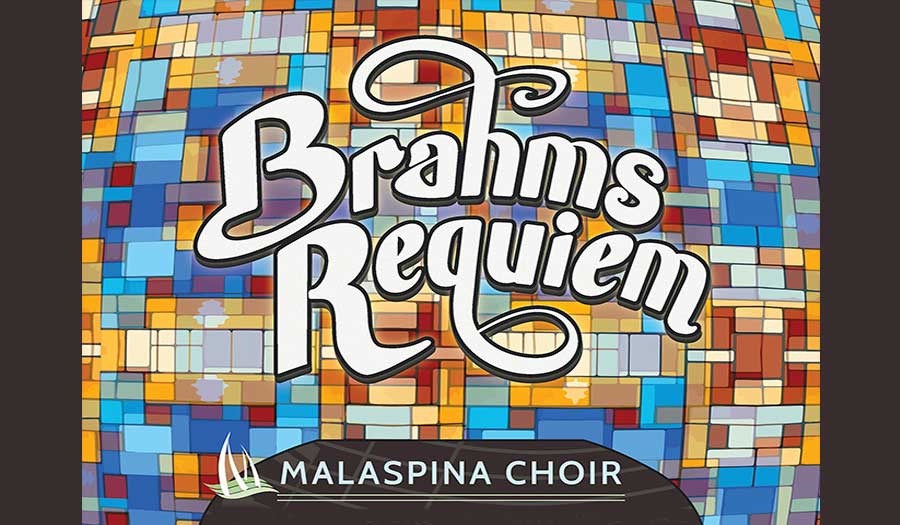 When Brahms gave Clara Schumann a present of his German Requiem for Christmas in 1867, she responded that it was “a truly tremendous piece of art which moves the entire being in a way little else does.”

Its premiere a year later was attended by more than 2500 people. The work made a profound impact and its theme of comfort and consolation in the face of death continues to resonate with audiences today.

Dedicated to his mother, who had died two years before, and Robert Schumann, Clara’s late husband and Brahms’s mentor, the composer deliberately chose to ignore the standard requiem text with its focus on judgement.

Brahms himself referred to it as a “human requiem.” It is this sympathetic focus that has made it what New York Times music critic James R. Oestrich calls “an anthem for our time.”

The Malaspina Choir will perform this gently lyrical work with the Nanaimo Chamber Orchestra under the direction of Lionel Tanod, with soloists Betty Allison, soprano, and Michael MacKinnon, bass.

This is the Malaspina Choir’s 49th season of bringing the best of classical and contemporary choral masterworks to Nanaimo audiences. Malaspina Choir thrives on being part of a cultural tradition and being challenged. Our versatility, professionalism, and pride in performance make every concert an event to experience.