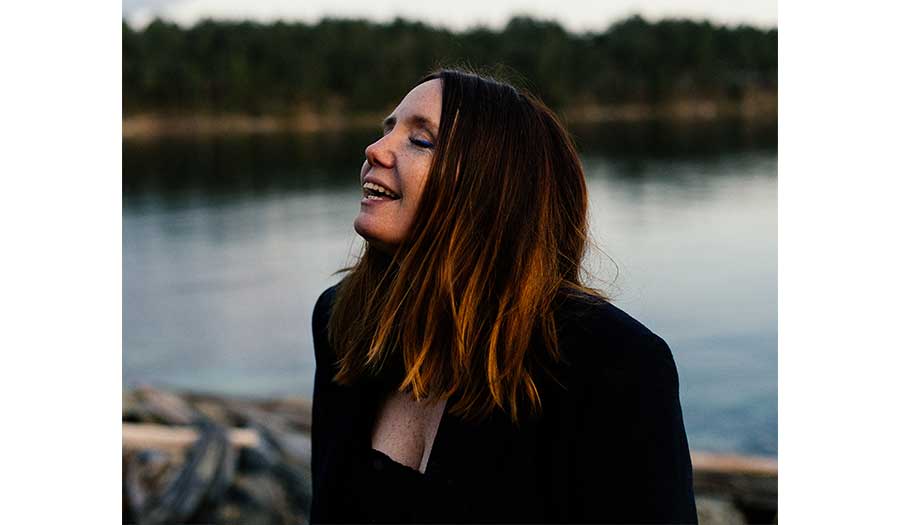 On her third album U kin B the Sun, Vancouver-based singer/songwriter Frazey Ford inhabits an entire world of shapeshifting rhythm, elevating every beat and groove with the subtle magnetism of her mesmerizing voice. With its graceful collision of soul and psychedelia and sometimes ’70s funk, it’s a body of work that invites both self-reflection and wildly joyful movement, and ultimately sparks a quiet transcendence.

To expand that sense of presence, Ford made a point of preserving many of the lightning-in-a-bottle moments captured during those first sessions for U kin B the Sun. As a result, the album embodies the same untamed and ineffable energy that guided its creation. “There’s certain songs that just appear and there’s no art to it,” says Ford. “To me those songs have some kind of spiritual quality—sometimes I feel like they’re these different voices that you’re able to channel. There really was something magical about the improvisational aspect and how that shaped the album, and such a joy in the experience of really reveling in what we were all creating together.”

“With lyrics like Joni Mitchell and a voice à la Macy Gray, but all her indelibly own….The music is beautiful, the stories she sings about stark, tackling it all, from right-wing politics to abuse. Somehow though, it is never too sad-more a celebration of getting through life.
— GQ Magazine
“Musically she harnesses a distinctly Southern approach somewhere between Isaac Hayes’ classic Hot Buttered Soul and the sultrier music of Ann Peebles, Beth Orton or Rickie Lee Jones.”
— American Songwriter
★★★★