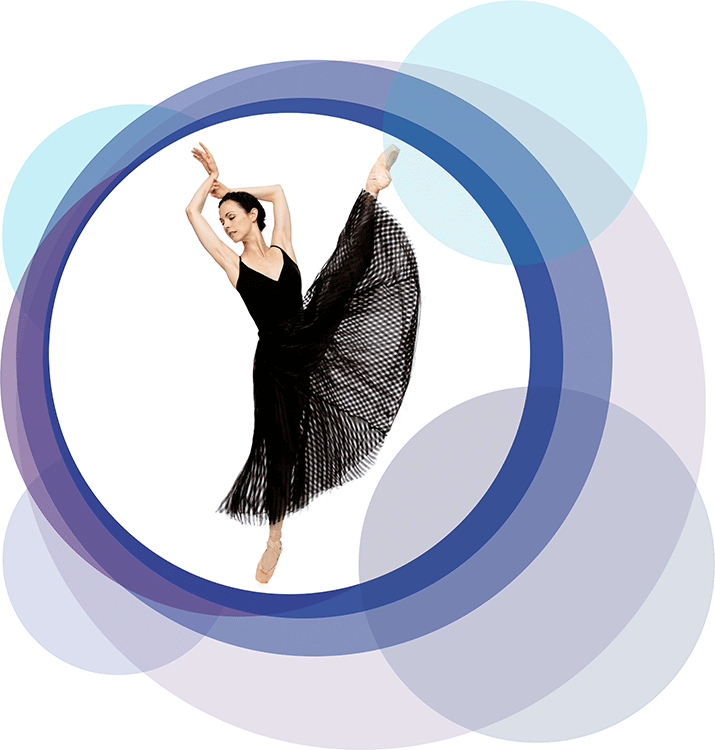 Principal Dancer Jillian Vanstone returns to her hometown to perform the work of her favourite choreographer Christopher Wheeldon, whose creations have been highlights of her acclaimed 20-year career. Christopher Wheeldon is one of the world’s most sought-after choreographers. Not only is his work danced by the most revered ballet companies such as the Royal Ballet, Bolshoi Ballet and Paris Opera Ballet, he is a Tony award-winning director and choreographer for Broadway and West End shows. Christopher was appointed an Officer of the Order of the British Empire in 2016 in recognition of his accomplishments.

Christopher Wheeldon’s most famous creation for ballet is Alice’s Adventures in Wonderland. Jillian danced the title role with The National Ballet of Canada in the North American premiere in Toronto, 2011 to great acclaim and received the Rolex Dancers First Award recognizing her performance. Jillian also danced the title role on opening night at Lincoln Center, New York, in 2014.

Jillian Vanstone takes great pleasure in introducing Nanaimo audiences to the best of Christopher Wheeldon’s choreography. Thanks to Jillian’s relationship with this acclaimed choreographer, many of these pieces will not only be Nanaimo premieres, but the first time they will be seen by a Canadian audience. Jillian feels this is a special opportunity to bring some of the best repertoire from the dance world to her beloved hometown, and is thrilled to collaborate with and feature local musicians in a world-class theatre. The opportunity to perform at the Port Theatre is a silver lining in what has been a difficult year for everyone and Jillian is thrilled to perform for her local community in the twilight of her career.

“The Port Theatre Society is thrilled to present Spotlight on Jillian Vanstone. We are proud to produce this absolutely unique performance featuring Nanaimo-native Jillian Vanstone, Principal Dancer with the National Ballet of Canada. Having danced on many of the world’s grandest stages, Jillian is of the highest caliber. We are also ecstatic to introduce an evening of Christopher Wheeldon’s choreography to the Port Theatre stage. Creating such important work in a time of a pandemic, bringing some of the very best of dance to our community and streaming it back out to the world, is inspiring and uplifting.”
— Bruce Halliday, General Manager / Director of Programming

ONLY AT THE PORT THEATRE

Thanks to our Spotlight Season Sponsor