The Naden Band of the Royal Canadian Navy 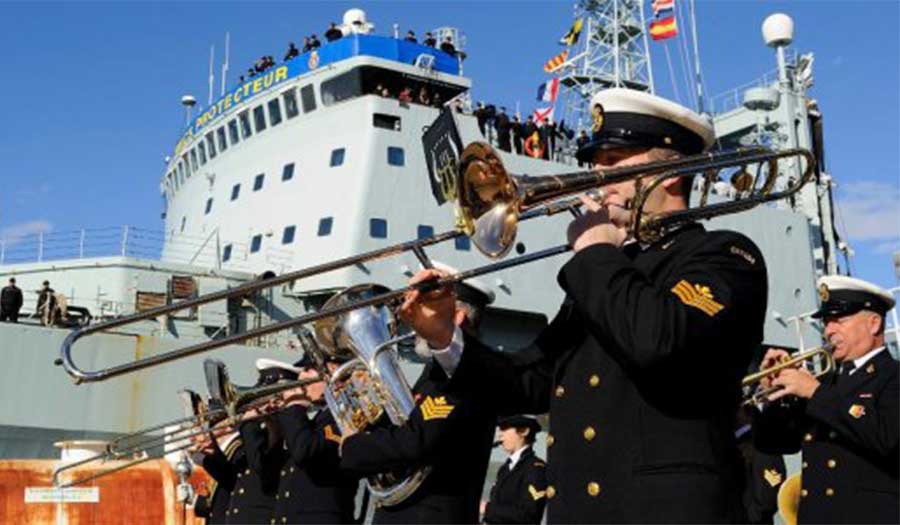 The Naden Band of the Royal Canadian Navy (RCN), in operation since 1940, is comprised of thirty five professional full-time musicians whose primary role within the Royal Canadian Navy is to support Naval Operations, ceremonial events, and public outreach initiatives. Currently under the direction of Lieutenant (Navy) Catherine Norris, the Band performs in a variety of ensembles ranging from parade band and concert band to stage band, brass and woodwind quintets, and rock and contemporary ensembles.

The Band provides musical support to ceremonial events such as the annual Remembrance Day and Battle of Atlantic parades, the opening of the Provincial Legislature, and official visits from heads of state. Naval Operations are supported through the Band’s performances at ship arrivals and departures, change of command ceremonies, and other Canadian Armed Forces functions at Canadian Forces Base Esquimalt and around the region.

The Naden Band is a role model of service, discipline and musical excellence, regularly engaging in collaborations with musical institutions in the local community. Recent collaborations include the University of Victoria’s Faculty of Music, the Victoria Symphony, and the Canadian College of Performing Arts. In addition, the Band’s educational school concerts and performances for Cadet Corps have brought military music into the lives of young people from across British Columbia.