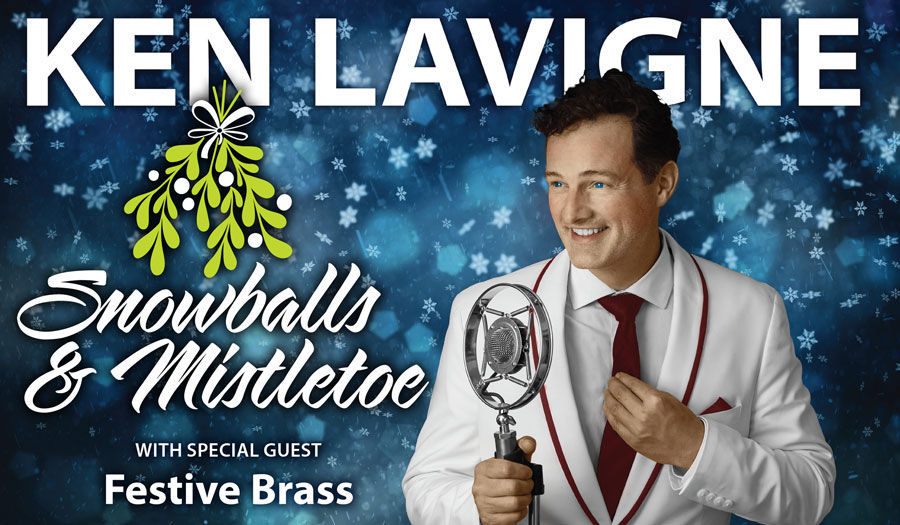 Celebrate Christmas 2022 with Tenor Ken Lavigne’s Snowballs & Mistletoe. Ken will lift your spirits and take you down memory lane with his favourite Christmas songs and stories of the holiday
season, both past and present. Expect the unexpected at a Ken Lavigne Christmas show … snowball fight? Sing-along? This concert is sure to fill hearts with holiday joy! Join Ken and his band and his special guest Festive Brass for an unforgettable holiday concert.

Singer Ken Lavigne has charmed his way into the hearts of concert goers across North America and beyond with his exciting blend of classical tenor sound and modern style. He was a founding member of The Canadian Tenors and co-founded the successful tenor trio, Romanza, which toured extensively throughout Canada and the United States. He has performed for His Majesty King Charles, and in concert halls across Canada, Beijing, Shanghai, Seoul and of course New York’s Carnegie Hall. Ken has recorded over 10 albums and continues to tour with his latest release 3 Knights with a Tenor show across North America.

VIP Ticket Holders are invited to a Meet & Greet Reception in the Harmac Room at The Port Theatre following the performance with Ken (No Host Bar).