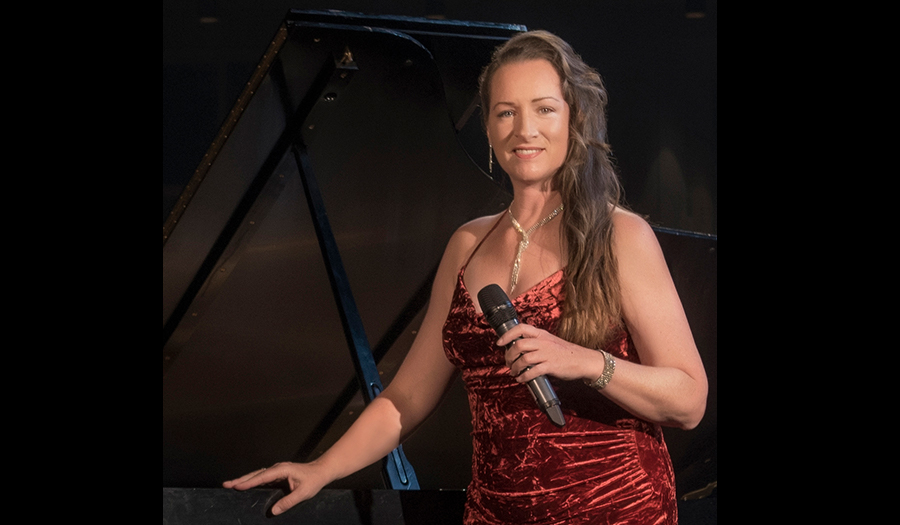 A trip on the wings of music as we share a special selection of European inspired jazz tunes.

In 2019, Narissa and Scott played for European audiences on the Greek island of Skopelos. This deepened their relationship to audiences as they could feel what music meant, regardless of language, geographic location, age or ethnicity. “Music is indeed our universal and first language and it reminds me on the spot that we’re all connected,” explains Narissa.

Song selection will travel through several countries of Europe and bring you back home in a very special way too. Lyrics in 5 languages, English, French, Spanish, Italian and Greek will bridge your senses, leaving you with a sweet exotic taste and a yearning to explore.

Versatile vocalist and well-rounded musician Narissa Young has spent her life exploring through the musical lens from her home base in Nanaimo BC on Canada’s rugged west coast.

Multi-instrumentalist and songwriter, she innovates with each new project. Adopted into a non-musical family only fuelled her desire to make music beginning with jazz studies and many interesting stops since then. With a passion for languages, Narissa sings flexibly in 5… so far. English, French, Spanish, Italian, and Greek.

Recent project a 5-piece Diana Krall tribute launched successfully early in 2020 Vancouver Island audiences and paused with cancellation of the sold out hometown Nanaimo show due to covid19. Due for relaunch on Vancouver Island in trio format, winter 2021.

Her first album in 2004 as singer/songwriter “So Far” released digitally in 2011, now followed by her 2020 recording “Fever at Studio Live” working closely with Nanaimo pianist Scott Arkell as well as several Vancouver Island musicians for quintet tracks. Her love for jazz and recent performances in Greece inspired this self produced album which was recorded live in Cumberland on Vancouver Island with Juno winning engineer and jazz veteran Rick Kilburn.

A natural fit for all three musicians, the trio format is spacious and true to form combining Narissa and Scott’s 4+ year musical chemistry as well as Rick’s skills as a musician, composer, award-winning record producer, engineer and educator.

Never one to underestimate the healing power of music to connect people and inspire transformation, Narissa’s journey continues as she works on original material and passionately towards a degree in sound therapy and considers it a tremendous honour to be a musician.

*Only 1 LIVESTREAM ticket needed per household. Gives you 24-hour access to the performance.