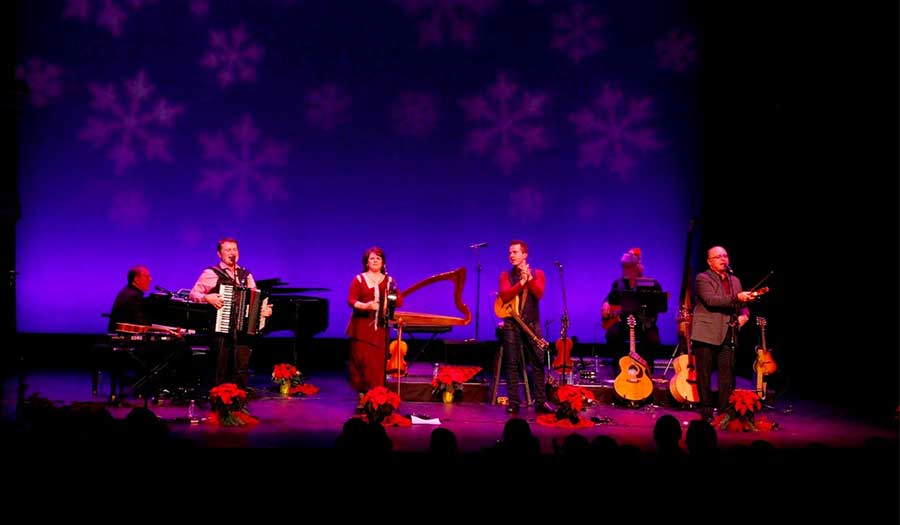 Canada’s first family of Celtic music will play the mid-island with this incredible festive musical event to conclude the 22nd year of CeltFest on Vancouver Island.

Steeped in Cape Breton tradition with strong Celtic roots and musical artistry, this diversely talented family group of siblings sells out shows around the world, and is widely regarded as one of the greatest live acts in the Celtic world. Their captivating vocals, harmonies and extraordinary musicianship are famously featured in their Christmas TV specials which continues to be broadcast on CMT and PBS TV stations.

A traditional favourite, Barra MacNeils’ East Coast Christmas is a treat for the whole family. The five siblings are known for their brilliant instrumentals, ringing harmonies and delightful flair for storytelling. Their unique seasonal show is crafted each year to bring a special Celtic spin on traditional favourites and original east coast treasures with songs, stories and dance. Their stunning rendition of “O Holy Night” is just one of the many highlights that brings audiences to their feet. Fans can also look forward to gems like “Ave Maria”, “Christmas in Killarney”, and “Auld Lang Syne” among an array of originals and seasonal delights.

Hailing from Sydney Mines, Cape Breton Island, the MacNeil family are deeply rooted in Celtic music, culture, dance, language and history. Their numerous critically acclaimed recordings have included their own original songs as well as tried and true standards, both instrumental and vocal.

Appearing with the Barras will be Vancouver Island CeltFest favourites: master piper René Cusson, plus a dynamic Highland/traditional dance troupe.

Nothing says Christmas like this heartwarming family in concert! A skillfully performed collection of soulful seasonal favourites- and so much more – this show is sure to be a hit with your family or work group. The Barra MacNeils live concert experience is family entertainment at its highest level, leaving memories that will last beyond the season for a lifetime.

They will be taking donations for Red Cross for those affected by Hurricane Fiona online through their own website and at the door.

*Net proceeds go to the Red Cross Hurricane Fiona in Canada Appeal, where donations are 2x Impact, matched by the Government of Canada