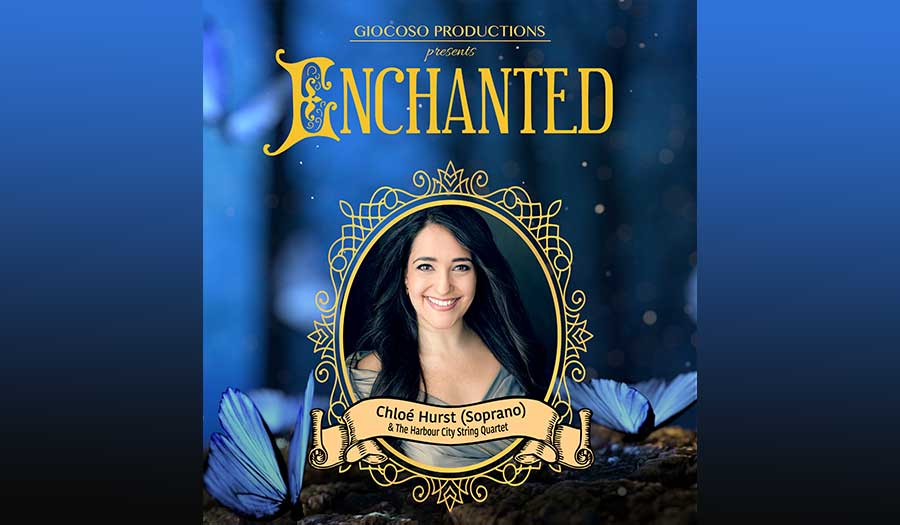 Spend an enchanted afternoon with soprano Chloé Hurst and the Harbour City String Quartet listening to the music of such composers as Corelli, Schubert, Debussy, Quilter, and Vaugh- Williams. The concert will also feature a selection of some of the most beautiful Christmas carols.

Chloé Hurst, who has many operatic roles to her credit – Cio Cio San (Madama Butterfly), Mimi (La Boheme), Adina (L’elisir d’amore), Gretel (Hansel and Gretel), is also establishing herself as a concert recitalist in high demand. Opera Canada has hailed her as having a voice of “enviable clarity and precision”. She will be joined by the Harbour City String Quartet, a newly formed group of some of the Islands best string musicians – Nick Ross, James Mark (violin), Karl Rainer (viola) and Alexandra Lee (cello).

Don’t miss the opportunity to listen to a concert of this quality after such a long haitus from the concert hall! Give yourself and those you love the gift of music this holiday season.