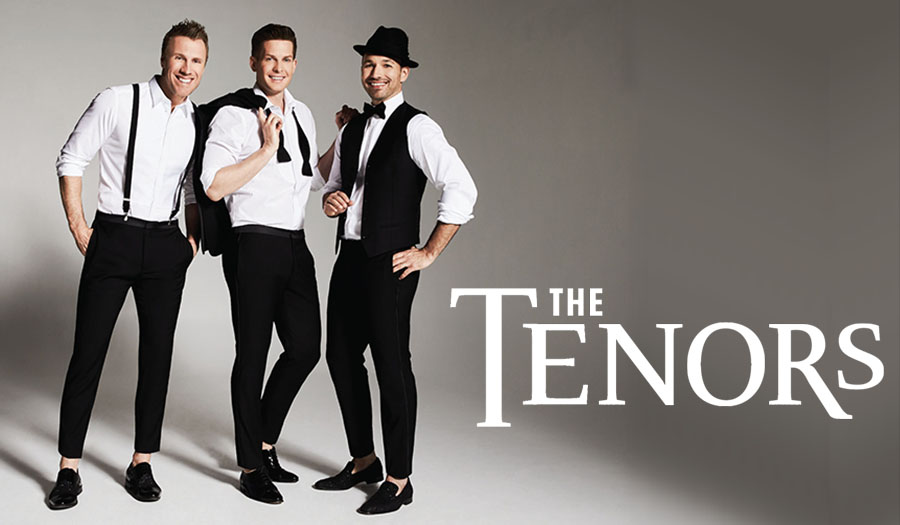 The Vancouver Island Symphony is thrilled to launch its 25th Anniversary Season with a special fundraising event.

The Tenors, Clifton, Fraser, and Victor, have been thrilling audiences around the world with their powerful songs, outstanding harmonies, and undeniable charm. Blending classical music and contemporary pop, the award winning and multi-platinum selling band have achieved international success, performing over 1000 live shows and hundreds of TV appearances on five continents. Their global success has seen them perform for audiences of all ages in venues of all sizes, including hundreds of Fortune 500 companies and the last four Presidents of the United States. These appearances include the White House Christmas Tree Lighting for the Obama family, and for the world leaders at the G20 Summit. Other performances include the opening ceremonies of the XXI Olympic Winter Games, for Her Majesty the Queen’s Diamond Jubilee, The Oprah Winfrey Show with Celine Dion, The Primetime Emmy Awards, and the NBC Tree Lighting Ceremony at Rockefeller Centre. Most recently in March 2019, The Tenors were invited back to open for Ellen DeGeneres’ arena shows in both Montreal and Toronto. The Tenors have had the honour of sharing the stage with some of the biggest names in music including Sir Paul McCartney, Sarah McLachlan, Sting, Justin Bieber, Andrea Bocelli, Sir Elton John, Smokey Robinson, Stevie Wonder, Lionel Richie, and David Foster.

VIP Meet & Greet Package includes centre Rows K thru O: $249
• A ticket to the performance in the VIP section of the theatre.
• Meet The Tenors and have your photo taken.
• An invitation to the VIP reception after the show including a drink ticket, gourmet appetizers and desserts.
• An official tax receipt for $49.

The Vancouver Island Symphony will not perform on June 29th.