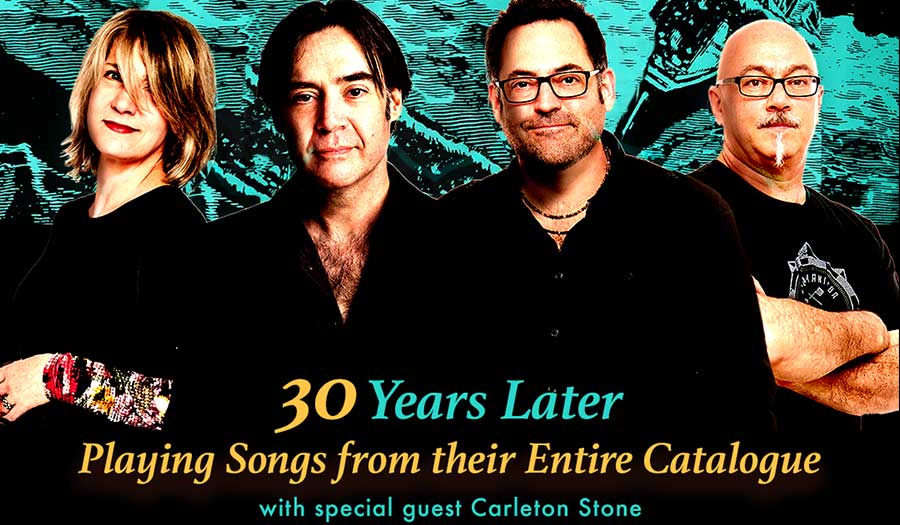 It’s been over 30 years since the Crash Test Dummies recorded their debut album, “The Ghosts That Haunt Me” (1991), which earned them their first big hit, “Superman’s Song”, which appeared on the RPM Top Singles chart and earned the band the Juno Award for Group of the Year (1992). In addition to the win, they were nominated for seven other Juno Awards between 1992 and 1996.

“God Shuffled His Feet” (1993) was the band’s sophomore album. It launched them to international fame. The album’s lead single “Mmm Mmm Mmm Mmm” peaked at #4 in the US Hot 100. The track hit #2 in the United Kingdom and peaked at #1 in Australia. The songs “Swimming In Your Ocean” and “Afternoons & Coffeespoons” landed in the Top Ten in Canada. With the added strength of the title Top 20 single “God Shuffled His Feet”, the album achieved Triple Platinum status. The album also garnered three Grammy Award Nominations (1995) for Best New Artist, Best Pop Performance by A Duo or Group (“Mmm Mmm Mmm Mmm”) and Best Alternative Music Performance (“God Shuffled His Feet”).

Their 2022 tour will see them throughout North America and Europe, which will include hits from the bands vast catalogue. “We have been so excited with the response to the 25th anniversary tour that we knew we had to continue the party and celebrate 30 years since we made our first album,” says Ellen Reid. Original members Brad Roberts, Ellen Reid, Dan Roberts, and Mitch Dorge will be joined onstage by Stuart Cameron and Marc Arnould.

“There are lots of people who, years later, still want to come and hear us. That people continue to return to see the band all these years later still stuns me. It’s very humbling being in the confidence of so many people,” says lead singer/songwriter Brad Roberts.

Members Presale starts Wednesday, May 25 @ 11am
Memberships only $30