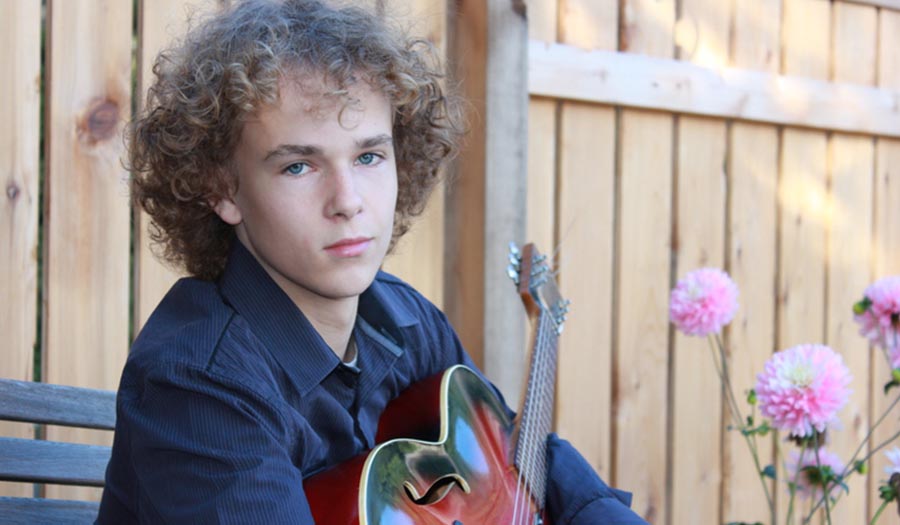 Every LIVESTREAM ticket gives you 24-hour access to the performance!

Ian Perry is a singer, songwriter and musician who lives in Nanaimo, BC. A multi-instrumentalist, he began performing at the age of nine.

He has built a resume which includes performances of original music at the Port Theatre in Nanaimo as a special guest of Loverboy, as a guest of Shaun Verreault of Wide Mouth Mason, the David Foster Miracle Weekend, Rock the Woods, the closing ceremonies of the BC Summer Games, the main stage of the Vancouver Island Exhibition, the Shark Club, the Roxy, Falconetti’s, and numerous appearances at local venues such as the Queen’s Hotel, SimonHolt and the Nanaimo Blues Festival.

Ian’s ability to blend a variety of musical styles, mastery of tone and enviable technical proficiency make him a fascinating player to watch on stage. Similarly, his already significant catalogue of original material draws from a depth of musical complexity not often seen from artists twice his age. His musical influences are wide, with likenesses often made to The Royal Blood, the Black Keys, Billy Talent, Stevie Ray Vaughn, Peter Frampton and even Pink Floyd.

He was the 2012 winner of the BC Provincial Gold Medal for Classical Guitar and has received recognition at both the Lionel Hampton and West Coast Jazz Festivals for outstanding performances on guitar and bass.

In 2016 he recorded and produced the EP “4×5”. On this effort he highlights his various influences, blending blues and rock with contemporary production tones and introduces his first recording of keyboards.  The 5-song disc also includes a version of “I Know I Am” recorded live at the Port Theatre with veteran bandmates Neil Evans (bass) and Gary Langen (drums). The studio version of that song was originally released on his 2013 album “Maybe Someday”.

Although he performs selectively, during the past several years he has shifted his creative focus to production and recording of both original composition and other artists music. He is active in virtually all genres and is extremely prolific.

Enjoy LIVESTREAMING for $12. Only one ticket needed per household. Plus… enjoy 24-hour access to the performance once it goes live!