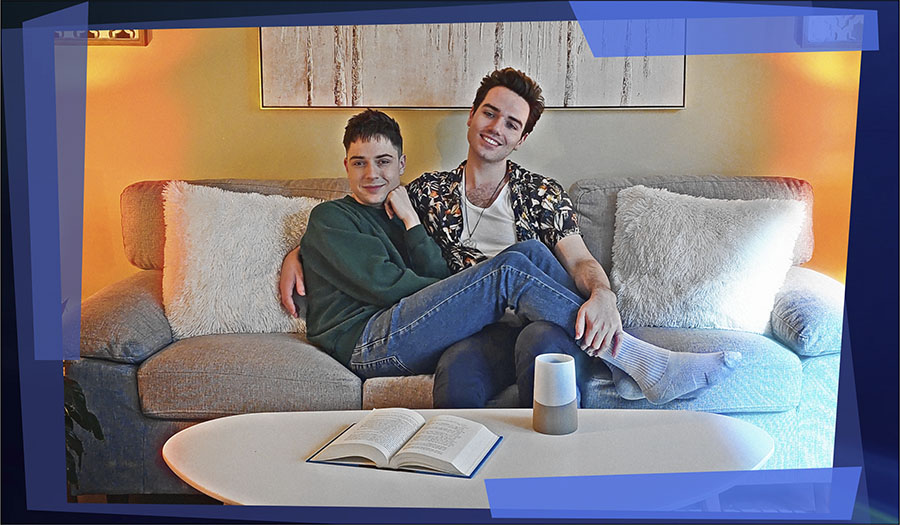 Steeped in a diverse blend of artistic influences – from classic jazz to R&B to Broadway showtunes – Vancouver Island-based creative & musician Joshua Holloway is creating a new sound for a new era.

Growing up, Joshua spent most afternoons crafting song lyrics and plunking out melodies at the piano. In 2016, he earned his Diploma of Music – specializing in Jazz Theory and Performance – from Vancouver Island University. Shortly afterwards, he attended The American Musical and Dramatic Academy in New York City, undergoing rigorous training in voice, acting, and dance — and working with some of his most inspiring musical role-models to this day.

Returning home in March of 2020, Joshua recorded and produced his debut album, “WONDER”: a collection of songs that document the dreamy, complicated journey through adolescent love. Today, he joyfully resides on Vancouver Island, where he’s honoured to make music with some of his dearest friends in the most beautiful place on earth.

As of late, he and his partner Frankie have been working on a brand new original musical, debuting at The Port Theatre as part of The Discovery Series. They’re truly honoured and can’t wait to share it with you.

Sydney/Vancouver Island based indie singer-songwriter Frankie Bouchier weaves evocative stories with sound. As a classically trained multi-instrumentalist, Frankie is equally at home balancing a trumpet on his lips or his fingers on the keys.

Frankie graduated from the Sydney Conservatorium with a Bachelor of Music in classical voice. During his four years of intensive study, he was honored to have been granted with some amazing performance opportunities such as performing with Broadway legend Patti LuPone, and premiering theatrical and musical works inside Sydney’s iconic Opera House.

Upon graduating, Frankie signed to Sydney-based record label Underfoot Records, where he writes and records original music. Frankie has worked as a performer and session musician across a range of recordings of operas, musicals and an ARIA-nominated kids album.

Together Josh and Frankie are building an exciting new work to premiere on The Port Theatre stage and suggest you watch out on their websites and social media for more information on their current work.

TICKETS ON SALE  11am October 28th

Thanks to our  Sponsor