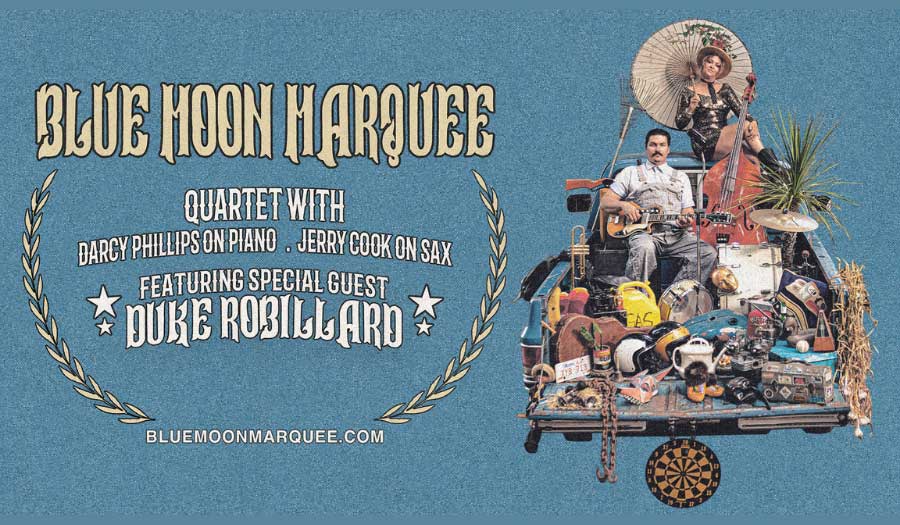 Scream, Holler & Howl, their upcoming release is inspired by artists with an Indigenous lineage – like Charlie Patton, Link Ray, T-Bone Walker, Mildred Bailey and others – who have connected their heritage with the Jazz, Blues and Swing tradition. Blue Moon Marquee has created their own personal voice within this genre.

Grammy-winning Duke Robillard was in town to produce the album and will be joining them for this rare and very special performance along with Darcy Phillips on keys and Jerry Cook on Saxophones.