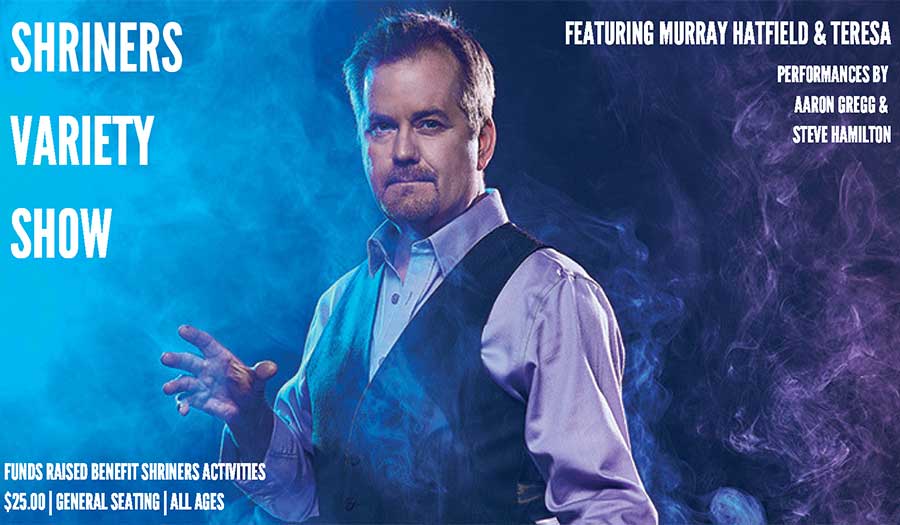 Guess the number of clown noses and be entered in to win fantastic local prizes!

As an established fraternal and charitable organization, the Shriners dedicate their lives to helping children. With twenty-two Shrine hospitals located across North America, they offer orthopedic surgeries and life-saving burn treatments to local physically challenged children regardless of gender, race, or religion.

Secondly, the Shriners Variety Shows donated tickets are given to disadvantaged children and families within our community that would otherwise not have the means to attend the show. We work with local organizations in the Nanaimo area such as, The Boys and Girls Club, Child Development Centre, The Haven Society, Nanaimo Youth Services Association, and many others to help make real magic happen for those who need it the most!

Murray Hatfield was bitten by the magic bug after seeing his first magician at the age of 10…he never recovered! From that moment on Murray invested all of his time and energy into his new-found passion. In 1992 Murray hired a young dancer named Teresa to be a part of the show.

Murray and Teresa have achieved an amazing level of success. They’ve produced, directed and starred in the Canadian touring production of Magic ‘n Miracles for over 20 years. This is the largest and most prestigious annual touring magic and illusion show in Canada.

Over the last decade they have thrilled audiences around the globe. They have toured and performed in numerous countries including Australia, Britain, Cyprus, Germany, Israel, Japan, Mexico, New Zealand, Singapore and throughout North America. Some recent credits include performances in Reno, NV (on the largest stage in the continent), Southport UK (as the headline performers of the International Brotherhood of Magicians European Conference) and they are regular guest stars in Hollywood, at the world famous Magic Castle.

Murray & Teresa have been recognized and honored by their peers with numerous awards and accolades; including the Bruce Curnott Trophy for Presentational Excellence and the Silver Medal at the Pacific Rim Magic Challenge. In 2006 they were named Canada’s Magicians of the Year by the Canadian Association of Magicians while Teresa was has been twice awarded Assistant of the Year by the Society of American Magicians.

All seats $25
This is a festival seating performance
All seats are on a first-come, first-serve basis
FOR SHOW INFORMATION, CALL TOLL-FREE 1-855-677-4562