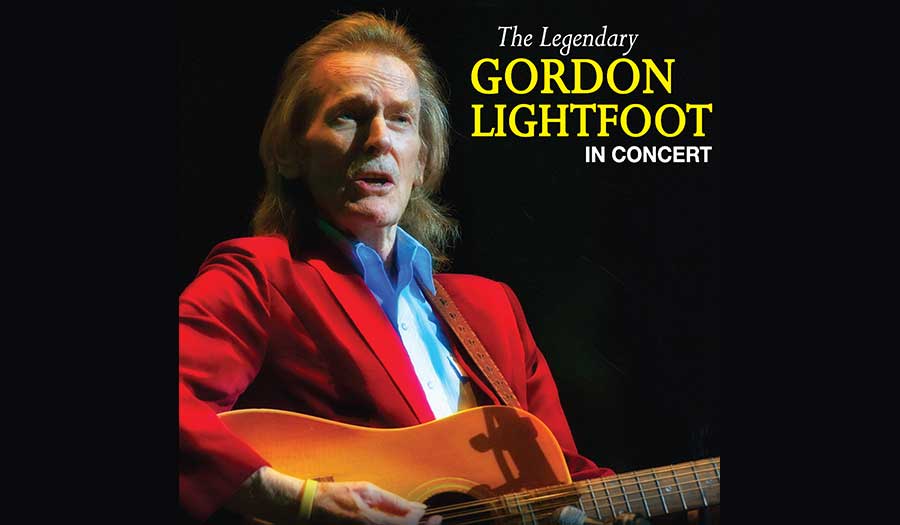 One of the most prolific songwriters to emerge in 1960s and ’70s, Gordon Lightfoot is heading to Western Canada including a performance at The Port Theatre.

Lightfoot’s tour highlights the release of his brand-new album SOLO released by Warner Music. His first studio album since the release of 2004’s HARMONY, the album features new material and showcases Lightfoot at his most pure, alone in the studio with his guitar. The new album is heralded by the first single “Oh So Sweet,” which can be heard here. SOLO will be available everywhere music is sold on March 20th.

His feature film, Gordon Lightfoot: If You Could Read My Mind is an intimate and emotional documentary which examines the artist’s profound relationship to his music and his Canadian roots. The documentary will re-air on CBC Television on March 22nd, 2020 and is currently available on CBC GEM. Produced, written and directed by Martha Kehoe and Joan Tosoni, Insight Productions the film was released theatrically in Canada in 2019 and originally broadcast on CBC and documentary Channel in late 2019.

The definitive biography, Lightfoot was released in October 2018. The best-seller from biographer Nick Jennings paints an unforgettable portrait of an artist in the making of the boy from small-town Ontario became the legendary bard of Canada. Stuffed with anecdotes and Gordon’s own reminiscences, Lightfoot is an exhilarating read.

Multiple JUNO winner, Grammy nominee, Canadian legend and the first-ever Massey Hall Honours Award recipient Gordon Lightfoot began his series of annual concerts at Massey Hall in March 1967 with two sold-out concerts. His unofficial Massey Hall debut occurred in his youth when, at age 10, he entered the Kiwanis Music Festival held at Massey Hall and won first place in his category. With over 166 performances logged to date, Lightfoot has performed at Massey Hall more than any other individual artist.

Beloved by music fans around the world, Gordon Lightfoot holds international recognition as a singer and songwriter. Cover versions of his songs have been recorded by artists including Bob Dylan, Elvis Presley, Barbara Streisand and Johnny Cash. In 1971 he earned his first Top Ten hit when If You Could Read My Mind became an international sensation and in 1974, his single Sundown went to number one on the American charts, followed two years later by The Wreck of the Edmund Fitzgerald, which reached number two on the U.S. Billboard charts.

He continues to perform extensively throughout the United States, Canada and in 2016 he toured the UK for 11 concerts which included the illustrious Royal Albert Hall.