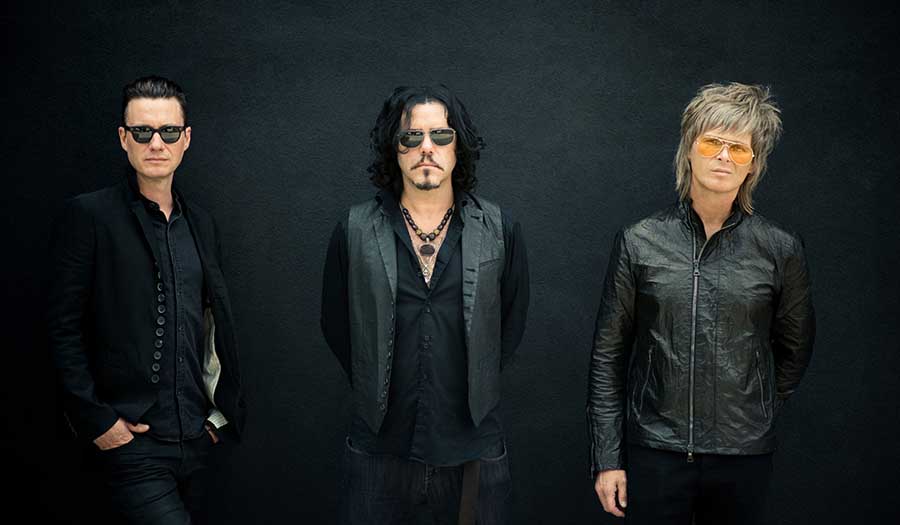 “Black River”, the first single from THE TEA PARTY (“Heaven Coming Down” and “The Messenger”) in four years, put the band back on the map with an exclamation mark, being the most added track to Active and Mainstream Rock Radio when it was released in November 2018. The band plan to release new music in 2019, and to celebrate, they’ll be going on their most extensive North American tour in years.

With a career spanning over twenty years and nine major-label releases, THE TEA PARTY, composed of Jeff Martin, Jeff Burrows, and Stuart Chatwood, have successfully gained the attention of fans on a worldwide level, selling over 1.8 million records worldwide including 4 double–platinum awards, 1 platinum and 4 gold albums in Canada. The band also achieved a No. 1 Canadian single with “Heaven Coming Down” in 1999. The Tea Party has been nominated for 22 MuchMusic Video Awards and were awarded three People’s Choice Awards for Favourite Music Video: two for “The River” and one for “The Bazaar”. They have also received 13 JUNO Award nominations. In addition, they have toured a countless number of times throughout Canada, the United States, Europe and Australia. Much of the band’s success can be attributed to their phenomenal stage presence and impeccable artistry and musicianship with a wide variety of instruments and sound textures.