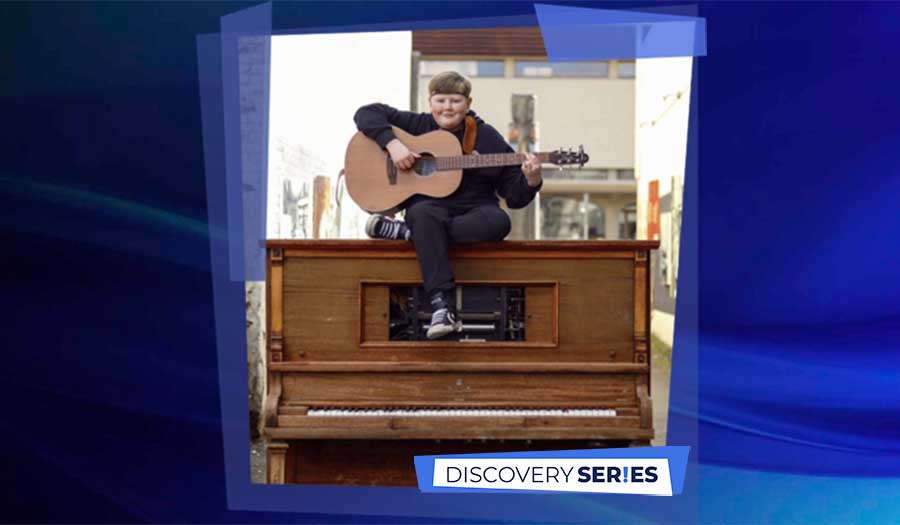 Malakai is a 13 year old multi-instrumentalist with powerfully soulful vocals. As an emerging songwriter, he produces ballads that take the listener on a compelling journey. Accompanying himself on guitar and piano, he has a way of taking any song and making it his own. From Tom Waits to Ed Sheeran, from Willie P. Bennett to James Taylor, this dynamic young prodigy astounds and delights while sharing his own unique style with audiences of all ages.

Often described as a musical prodigy, at age 13 Malakai is already a seasoned performer. Based on Vancouver Island, this “pint sized dynamo” first took to the stage at age 7 and for the past 6 years has been “charming the crowds with his combination of childlike exuberance, surprising stage polish and amazing versatility.” (Cowichan Valley Citizen)

A multi-instrumentalist, Malakai began self-teaching as a toddler. He enthusiastically continues to study with mentors Nico Rhodes for piano and Ray Visscher on guitar. Malakai sings with a soul surprising in one so young, with a voice well beyond his years. “After hearing just a few notes, it’s clear to even the average music consumer that Malakai was born with a gift.” (Chek TV)

Determined to build his life around music, Malakai has been honing his skills at his home venue, The Duncan Showroom, where proprietor Longevity John has been a foundation of support. “Malakai never sings a song the same way twice, he has emotion.” That caught the attention of Grammy Award winner James Taylor, who shared a video of Malakai’s rendition of his hit Steamroller Blues on Instagram, saying, “Brilliant work Malakai. Keep it up!” These sentiments were echoed by Daphne Zuniga, from the TV program Melrose Place, who reposted the video with the headline, “Dang Boy!”

Malakai has opened for many well-known artists including Lynn Miles, Valdy and Norman Foote. In addition to performing at venues across Vancouver Island, he’s a regular crowd favorite at the 39 Days of July music festival where he was a Musician in Residence this past season. He’s been a guest performer at the Folk Alliance International Virtual Conference, Island Folk Festival and RainFest.

From the time he could talk, Malakai’s relationship with music has been intrinsic to his identity and the source of his ambition. He says, “I need music as much as I need air.” He is overjoyed to be featured in the Emerging Artist series at the Port Theatre.

“He’s got chops. He’s got pipes and he has great taste in music!” David Essig