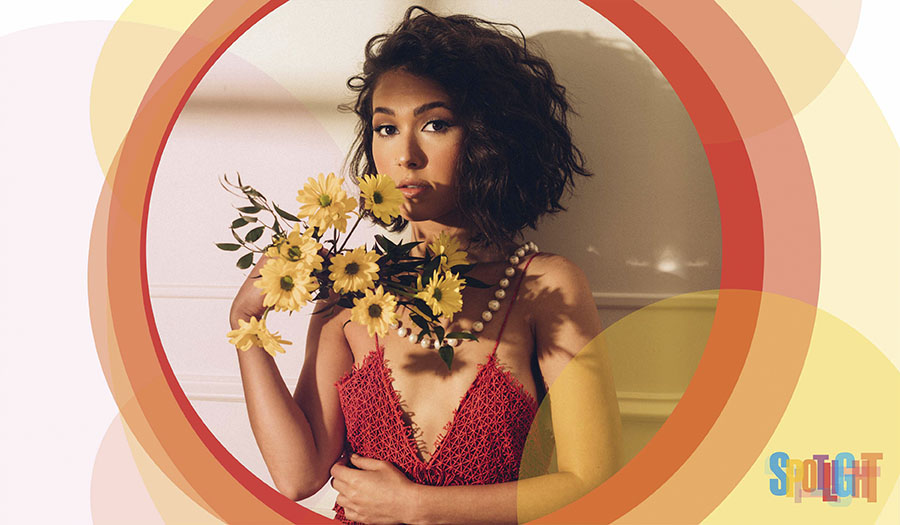 NELLA
Singing from my soul is only possible when I tell stories that I connect with immensely.

Born in Venezuela, Nella skyrocketed to international renown fuelled by her powerhouse voice and undeniable presence. In a short time, she went from Berklee College of Music graduate to winner of the 2019 Latin GRAMMY Award for Best New Artist.

Her album Doce Margaritas takes us back to the classic productions of the golden age of LPs. It offers one creative vision featuring a gifted interpreter and an inspired composer crafting songs that always sound different from each other but work towards a coherent whole. It is the kind of album that deserves repeated listenings from beginning to end. It pulls you in even if you’re overhearing it from another room.

Nella emphasizes that these songs are very personal: “For me, singing from my soul is only possible when I tell stories that I connect with immensely. The 12 daisies that I offer to you today represent my roots, my influences, and the sound that has brought me here.”

That same year, her full-length debut, Voy (I Go) received acclaim from NPR and yielded the hit “Me Llaman Nella” (They Call Me Nella) which surpassed 1.4 million Spotify streams and 1.4 million views on YouTube. In addition, the title track was named the 14th best song of 2019, in any genre, by the New York Times.

Merging the folklore roots of Venezuela, modern production, and Andalusian inspirations, her sound resounds in every corner of the globe. Not only has she packed venues throughout the United States, Venezuela, Mexico, Spain, and the UK, but she has also accompanied Alejandro Sanz, Jennifer López, Carlos Vives, Luis Enrique, Susana Baca, Los Amigos Invisibles, Monsieur Periné, Caramelos de Cianuro and Guaco as a soloist. Notably, Academy® Award winner Asghar Farhadi recruited her to join the A-list cast of his film Everybody Knows alongside  Academy® Award winner Javier Bardem, Ricardo Darín, and Academy® Award winner Penélope Cruz. Illuminating her talents, she performed songs written exclusively for the screenplay. It opened at the Cannes Film Festival to rapturous applause.

Winner of the 2019 Latin GRAMMY Award for Best New Artist!

Thank you to our Platinum Sponsor