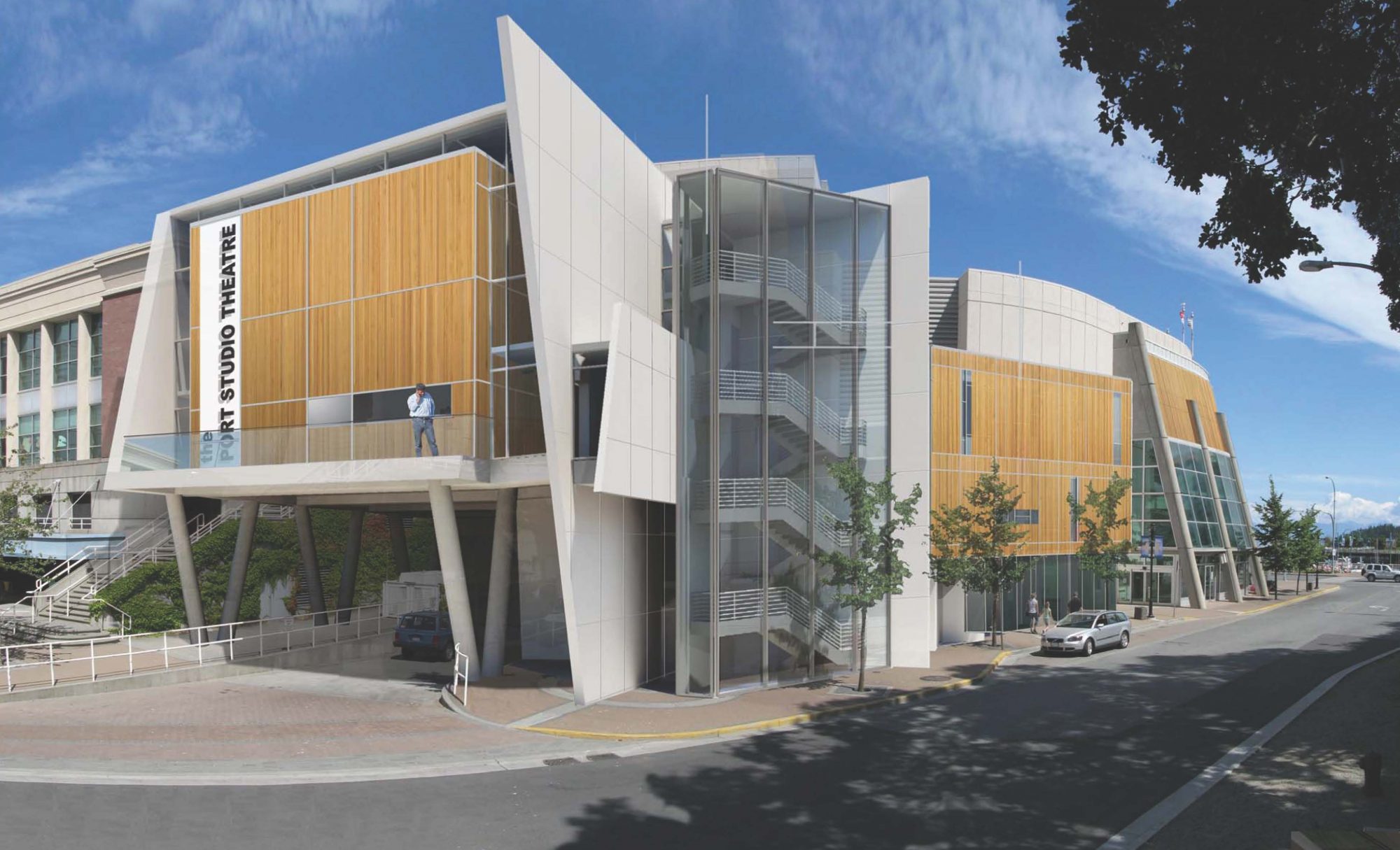 This week, The City of Nanaimo and The Port Theatre Society received official notification regarding the Investing in Community Infrastructure Program (ICIP) that the Port Theatre Community Performing Arts Centre Expansion project was not selected for funding. The project, although deemed worthwhile, was in competition for funding from many other communities which meant that more applications were received than could be funded.

The Port Theatre Community Performing Arts Centre has been a vision of the Port Theatre Society for years. The objectives of this project was to provide affordable, suitable and accessible space for a diverse set of community users and local and touring performance artists, as well as encourage creative diversity. The Performing Arts Centre project had plans to add a 50-240 seat, flexible-built performance space with two separate rehearsal spaces for the community to the existing 800-seat theatre.

There is specific support for the Performing Arts Centre in the 2014-2020 Cultural Plan. It is also referenced in the 2016-2019 Strategic Plan Update which identifies Cultural Vitality as a pillar of sustainability. The City committed $4.6 million to assist the Port Theatre in achieving this vision in 2014.

The project budget is estimated to cost $21.2 million.